Hey, Find Your Own Godhood! 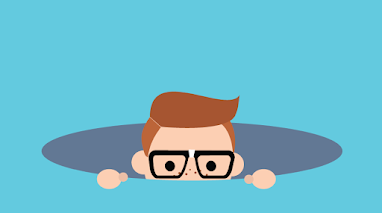 Some may say, "this is exposing too much" or "you're throwing yourself out to the wolves here." I'm not worried about that. Something that has been bubbling forth inside me for a while, something I grapple with, and this writing is a means for me to rectify this personal problem. One thing is for sure, it is, without a doubt, a cheaper form of therapy. Satanism warns us against hypocritical self-deceit, so here goes.

I struggle with self-confidence and anxiety. I have been for several years. Chalk it up to upbringing, bad childhood experiences, my unique brain chemistry, or just plain being the weirdo that I am—I have an issue with self-image. Yes, it is not nearly as bad as when I was a child or in my early twenties, but it is still there.

I have heard it said that the Satanic Bible is the best self-help book on the market. And for a fellow like me, I would have to agree. The little black book (along with other Satanic literature) has ignited the black flame and has kept it burning bright in ways that no other written work has. In my heart of hearts, I believe that it is responsible for keeping me alive in some instances. I have achieved more in the last few years than I have the many years prior: I have gotten over my phobia of driving, published a book, overcome my spending addiction, and stood tall during some honestly trying times. (here's looking at you, Covid-19) And yet, the monkey on my back sometimes continues to claw, screech, and cry for me to throw in the towel.

Anxiety, be it social and internal, plagues my mind at times. Its more insidious cousin, depression, rears it wart covered face from time to time as well. It is not merely the blues; it is something far worse. I will be honest, dear reader, there are days where getting out of bed is a triumph all in its own right, and I have to pat myself on the back for something that may seem so trivial. Then the final dubious ingredient throws itself into the pot: self-doubt.

"You're 32, and look at you, there are other individuals younger who have done more!"

"You messed up at work again? Yeah, it was a small thing; but you still messed up!"

"You could stand to lose a little weight..."

"Why did you say something that stupid! Aren't you supposed to be one of the Alien Elite?"

Shut up already! If not kept under control, these can be taxing and can destroy a Satanist's self-image and pride more than any psychic vampire or rabid theist ever could. At least with the prior two instances, the threat is easy to point out. But anxiety and various other chemical imbalances will wear many masks and be much more deceptive. There are even times when it seems like it has your best interest at heart.

Why haven't I done more?

Why do I seem like I am a wimp?

Mistakes at work are annoying.

I could work out more; this is true.

I should watch what I say.

These all seem like good advice, and in some instances, they are. But there is one fatal flaw with letting these records repeat in your mind. They are all contingent on making unrealistic comparisons to others. Of course, I haven't done as much as the next guy I'm observing—I'm not him, and we have different goals. (Satanist or not) Being a wimp, by who's standards? A dudebro pick up artist? A charismatic politician? Some reckless guy who appears strong but in reality has an impoverished ego and brags to bolster his shaky sense of self-worth? Mistakes at work are nothing to be ashamed of—if your coworkers and boss are not yelling at you about it or, hell forbid, you have not destroyed property or hemorrhaged money; then stop beating yourself up about it! As for losing weight, D.A.; You're nearly six feet tall and weigh 160lbs soaking wet—I think you're good. The final one is about saying something stupid and being the alien elite; this is the most prominent bone I have to pick.

I have seen some Satanists fall into such a similar trap. Show of hands, how many of my readers have come across Satanists talking about someone having to prove themselves that they are "Satanic enough?" Whether or not anyone has run across it, I have seen it, and I beg to differ. Once again, this begs the question: Who decides who is Satanic enough? What is the measuring stick utilized for such a noxious statement? I thought one of the sins of Satanism is pretentiousness. Is it not pretentious to thump your chest and, in vainglorious fashion, talk about how important you are in the Infernal Empire? You better deliver the goods, and in my personal experience, those that do the above are usually of the most lackluster quality.

So how does this correlate with the mental ailments I have discussed earlier? Because there are times when I felt as if I was not "Satanic enough" because I deal with depression and anxiety. There are times when I look out at other Satanists and think, "what a cool guy (or gal). Why haven't I done those cool things?" I believed that I should be able to beat my depression and anxiety because I am a Satanist. I felt pathetic, lacking, and such feelings—overall—exacerbated my mental problems. Although this is easier said than done, a Satanist must avoid this thought frame as much as possible and for one simple reason: You are not like the others.

Read that and repeat it until it's grafted into your memory. You are not like the others.

Satanism, unlike other religions, is all about the individual. We all have our foibles, talents, dreams, and abilities and cannot compare ourselves to others within our cabal or outside. Comparing two Satanists to each other is not like comparing apples to oranges—it's comparing dragonfruit to an avocado! Both are delicious but have vastly different flavors. I have to tell myself from time to time and might have to work at it a bit more than most.

Satanism tells us to be gods, and when one compares themselves to others—they are not their own god. The achievements and goals of other members within our cabal are different and should be viewed as such. Anything less is falling into herd mentality. So when you, dear reader, feel the monster of anxiety, self-doubt, and self-depreciation creep up because you feel like you're lacking in some way, remember; you are your own god.

Now, if you'll excuse me, I've got offerings to receive.