Hello, dear readers. I wish to share a little something with each and everyone one of you.

Many moons ago, I was a humble (but professional) anime journalist. I would be compensated, usually with free meals and paid-for hotel stays, to report on anime conventions. With this privilege, I was able to gain access to some of the secrets of such conferences as well as interview some significant movers and shakers in the anime industry. The interviews were definitely the best thing about the gig, personally.

So what does that have to do with Satanism and this blog? Well, I wish to take the fantastic experiences I had with anime journalism and the interviews and put it to use. So with that being said, I want to announce a new segment on Walk on the Third Side which I like to call "Strolling down the Left Hand Path With...." This is where, ever so often, I interview another Satanist and have a little chat as we take a stroll down the proverbial "left-hand path" together and I get to pick their brain for a bit.

In this first-ever segment, I had the excellent opportunity of sitting down with the Church of Satan Magister: Nemo. He is an author, a prominent Church of Satan member, and leader of the Temple of the Vampire. He also runs a website called Bridges to Truth. There he has a few audio offerings centered around greater magic, as well as his book: The Fire From Within. 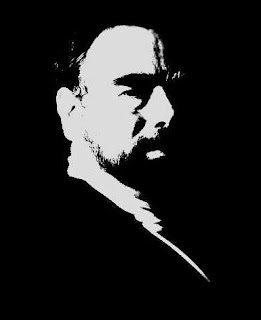 I highly recommend his body of work. But enough jibber-jabber, let's get on with the questions!


1. How did you first discover Satanism?

In 1986 I was giving a lecture out of state and arrived early. At a bookstore, I saw The Satanic Bible and The Satanic Rituals and bought them on a whim.

Reading The Satanic Bible was like looking into a mirror of my own views on life. It was frankly amusing to consider the idea that I was a Satanist.

This was all pre-internet, and it took time and effort to locate and communicate with actual members of the Church of Satan back then. However, the more of those I met, the more confirmed I was in my initial assessment of Satanism.

2. What are the most important things to you in life?

There is a specific hierarchy of importance in all life.

At the foundation is survival followed by five other areas that vary depending upon their needs to include money, health, social, mental, and life extension.

Most people on this world ignore one or more of these issues and only get by until a crisis they did not prepare for knocks them down. I find great pleasure in being prepared as best I can.

3. When you're not a magister of the Church of Satan or a leader in the Temple of the Vampire, what does Magister Nemo do during his free time?
Interestingly enough these two areas are exactly what I already do during my "free time." The various members of both organizations offer more than enough directions for my explorations to lead a very satisfying life.

4. By the way, why the name Nemo? surely you don't want others to think that you're a "nobody." (Since y'know, Nemo is Latin for nobody)

I picked up the nickname "Nemo" simply because most of my life I have closely resembled the actor James Mason who played the title role of Captain Nemo in Disney's 1954 classic "Twenty Thousand Leagues Under the Sea."

In one very real sense this nickname actually does reflect that I am not anything anyone can directly perceive, and in that sense, I am "no one." You are not what you do and those who seek to "find themselves" are looking for the "looker". I have tried to explain this in detail in my audio program "Discovering the Satanic God".

5. I listened to an interview that you had with Reverend Campbell on his 9Sense podcast about Greater Magic. How does Satanic magic differ from Vampiric Magic?

Magic, real magic, is actually a set of principles that make more conscious the ability we potentially have to make actual change in reality directly. It is a mental technology that produces change in the real world just as other technologies can and do.

"Satanic" magic as offered by Anton LaVey in The Satanic Bible was an introduction, a "primer" as he expressed it, to magic. So I do not distinguish different kinds of magic but agree with the world famous parapsychologist Dean Radin in his book Real Magic on this subject.

6. What are a few of your favorite flicks?

It is easier to read briefings than to confront boxers.

8. I view you as an expert on "magic" do you have any other magical practices which you dabble in, or is just the ones previously mentioned?

I was fortunate to have been brought up in a family that understood these things in a very practical way. There is no end to the possible applications of the basic principles involved in my experience.

9. I'm seeing this trend of wannabe Satanic groups popping up left and right... Why the sudden surge, and do you think this will negatively impact LaVey's vision in any way?

The appearance of a "sudden surge" is an illusion caused by the power of the internet to make "every man a king" for at least 30 seconds.

The principles codified by Anton LaVey are as clear as a bell for anyone who ever wants to grasp them. Others who come and go like shadows will not leave even their footprints for very long.

Two Satanists walked into a bar. The injuries were not permanent.

11. I have read your book The Fire Within, and I have to say, I loved it! What current Satanic projects, if any, are in the works?

I am considering doing more work with audio programs to expand the three I already offer. There is so much more to offer in this area!