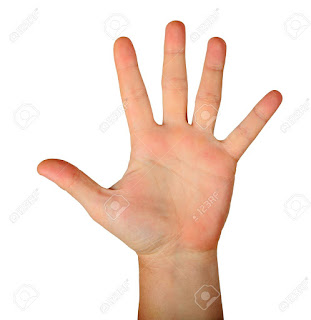 (Although I am an active member, I do not speak for the Church of Satan)

"I don't crave companionship. It stands in my way. I live for pleasure. There are few persons who can give me as much pleasure as those acts I perform myself. I would rather create pleasure according to my own whim than be subjected to the whims of others."
―Anton Szandor LaVey

Of the sexual encounters I have had in my life, there are only a few which I considered mind-blowing. I can only count them on one hand. Yes, five fingers.

I was never much of a pickup artist; I always found it to be rude. I could never be bothered. The best experiences I had sexually were the people who found me usually by happenstance or sometimes by just turning on my old, strange, charm. I admit I am a weird one at times, and I am okay with that. I was never much of a try-hard with sexual encounters, but I never found myself in the pangs of sexual frustration or rapt in the angst of loneliness. When it comes to pickup artistry, I do not have the time nor inclination to talk to people who—more often than not—would bore me to tears post-orgasm. As mentioned in the quote above, "There are few persons who can give me as much pleasure as those acts I perform myself." Right on Doktor, and I am the very same way when it comes to sex. I was never one to shy away from meeting up with rosy palm and her five sisters. Better to have a fun experience alone than with a dreary one being around someone who makes me feel alone.

"Even if a person is no longer struggling under the burden of religiously-induced guilt (or thinks he isn't), modern man still feels shame if he yields to his masturbatory desires. A man may feel robbed of his masculinity if he satisfies himself auto-erotically rather than engaging in the competitive game of woman chasing." (pg.73)

The self-denial of non-masturbation is especially a problem for the fellas because men usually feel shame about jerking off. Although these feelings from a societal point are slowly subsiding, there is a resurgence of groups encouraging men to cease playing with themselves. One such group is the No Fap movement, found within the dark, dank halls of the internet. I have no problem with anyone improving themselves (as they claim the purpose of no fap is); however, a lot of these groups take such non-masturbatory goals to religious fervor. I have read posts from men who have gone so far as to feel suicidal because they have "broken their promise." And what is the reason for this piety of not pulling the pud? Many men who join these groups believe that not masturbating will increase their testosterone, thus making them more attractive to women. These men would rather have a partner that they find subpar than engage in playing alone in a satisfying experience.

What nonsense! I have always thought that changing who and what I am to be attractive to someone was a waste of time. If she (or he) is attracted to something I am not, then I won't bother. Extinguishing myself is a betrayal that I won't do. This idea has suited me fine in the past and continues to do so now. Our society views men who enjoy solo-pleasure as less than a man. Such emasculation goes beyond the realm of masturbation and into the area of sex toys as well. In my personal experience, women have not had as much of a problem firing up some fancy toy and going to town! Men are more reluctant to admit they have toys, let alone a full-figured love doll for them to simulate a sexual relationship.

Oh, yes, the love dolls. Satanism has no problem with this, and any Satanist who would insult an owner of one would be admonished to brush up on their study of artificial human companionship. The love dolls of today are becoming more realistic, and the market is growing by the day. I can say with confidence that the Doktor's fourth stanza in Pentagonial Revisionism is coming true and that Satanists should pay close attention. It is an industry for which I am highly interested. After all, one reason for owning such a doll is to engage in a glorified version of masturbation.

My message to the gentlemen reading this is to enjoy yourself. There is no shame, at all, in having a good time alone. So spank the monkey, pull the pud, beat your meat, blow your own horn, play the skin flute, wax your carrot, wrestle your eel, choke the bishop, and wack off. For hell's sake, turn on something that gets you going and enjoy the five finger frolic!